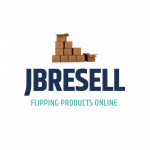 How I got started on Amazon/E-Commerce

Well.. the main reason why you made it to our website, was to learn more about Amazon FBA, and the other platforms we sell on. Let me share with you how we got started, and where we are today.

I heard about selling on Amazon in the early months of 2014. I listened to podcast after podcast, read a ton of blogs, watched YouTube videos. After a few months of researching, I decided to take action and send out my first shipment. The first shipment I did was August 29th, 2014

I learned a lot of things, but the main thing? It’s not that hard to start an e-commerce business. The route I chose to go with was the Retail Arbitrage/Online Arbitrage route. Where you basically go to local retail stores (Walmart, Target, etc) and buy products for a cheaper price than what’s being sold on Amazon/other marketplaces.

I started my Amazon business with $100. I decided to not go into debt, or put to much into it until I could prove that this works. I would wait for Amazon payouts to come back, and then I would buy some more inventory, and repeat that process. I eventually did put in $500 of my own cash into the business on top of that. So all in, I put of my own money $600 total to start this business. I don’t know a lot of businesses that you can start with only $100… much less $600?

From 2014-2018 I spent my time doing this off and on. I would get busy doing life, and forget about Amazon FBA, and then would go back to it eventually. Finally around June/July of 2018, we decided to go all in on our Amazon FBA business.

Fast forward to November 2018, I received the news from my current employer Lowe’s, that they were shutting down my store due to performance. This came out of nowhere. I had worked for Lowe’s for the past 3 years, and things were going well. I did bathroom and kitchen remodeling (I did the design and sales, and worked with General Contractors to do the work) When I went to that meeting on Sunday night and they announced it.. I looked at my current situation of:

I had thought about quitting my job before this, but never took the leap due to the scenarios we were in. The one thing I knew for sure was this. I wanted to go out on my own and give this a shot! To make a longer story shorter, I stayed on with Lowe’s until February as I had transitioned to a new store, and then Lowe’s cut the interior remodeling
program completely forcing me to take a leap of faith.

Happy Valentines Day Babe.. was my thought! And truthfully, I haven’t looked back since! We have been going all in on the Amazon FBA model, along with eBay as our primary sources of income. As of this writing, we have crossed over the $50,000+ mark of revenue in our business in 2019, and believing God for a great Q4 in 2019 to help us get closer to that 6 figure mark we were shooting for. It has been a blessing to be home more with my wife and family, as well as being available for anything that arises.

Our story is still being written, and who knows what the future holds. But as for now, we are content with running our business and seeing what God will do through us!

PrevPreviousHow Much I Sold In 2019
NextIs it to late?Next